With each album, Avatarium have moved further and further away from being Candlemass founder Leif Edling’s side project. Truth be told, Avatarium was a real band already by second album The Girl With The Raven Mask (2015) and today, Avatarium have turned more into guitarist Marcus Jidell’s baby with him holding both production and song-writing duties, even though Edling still chips on the latter department. Jidell is also the one of the reasons I decided to check Avatarium out that day back in 2013. Not being much of a neither Doom Metal nor Candlemass fan, I found it interesting that Edling had found a female vocalist for his new band and since I have always been a fan of Jidell’s emotional, bluesy and soulful playing, I thought that Avatarium’s self-titled debut might have something different to offer – and boy, it sure did.

I became a fan instantly and both follow-ups have floored me just as much. With Avatarium’s last effort Halos And Hurricanes (2017), the band took on some new directions and waved in both Classic Rock, progressive and psychedelic elements, Hard Rock and even Pop, all under the Doom Metal banner. The result was astonishing although doom-purists weren’t too happy with that but for me those were moves that had to be done to not stagnate and to move the band forward. When Avatarium now releases their fourth album, my hope is that they will continue on that route. My only worry here is that after three amazing albums, the miss-fire that almost every band releases some time in their career will rear its ugly head. I don’t think it will and I sure hope it doesn’t but with every killer released you’re one step closer to the flop.

”Voices” is the track that begins this musical journey, a song that kicks off with some heavy, aggressive and doomy riffing. For starters, it’s a slow-paced number but it gets slightly more upbeat when the first verse and Jennie Ann Smith’s seductive vocals comes in. That’s when the tune goes headbang-friendly, still keeping distinct vocal-melodies and a hard-hitting refrain. On top of that we get a somewhat eerie atmosphere, a raging Hammond organ and a spooky sounding keyboard. It’s a fantastic track and the album couldn’t have had a better opening. The leading single ”Rubicon” is up next. It’s heavy yet upbeat, rowdy yet memorable and holds a main-melody that’s actually catchy. Mastodon riffing, thunderous drums and a fat, fuzzy bass brings on a steady groove and while there’s an underlying doominess, the tune also treats us with a monster chorus that grabs a hold right off the bat. Superb!

The slow, soulful and somewhat saddening ballad ”Lay Me Down” is a bit trippy over a foundation of Classic Rock with some doomy arrangements, melancholic and dark – and clear nods towards 60’s and 70’s Rock. There’s even a country-western slice thrown in for good measure which makes the tune another outside the doom-box, something that suits them very well. Another case of pure brilliance. There’s a clear Black Sabbath influence in the dark and heavy slow-burner ”Porcelain Skull”. The refrain speeds up the pace and holds a chunky melody and a beefy rhythm but when the solo part comes along, there’s a turn of slow and evil Candlemass heavy chugging. While the tune is rough and non-commercial, it grabbed a hold of me by first listen. Amazingly good.

”Shake That Demon” is easily one of my favorite tracks on the record.  It’s faster in pace and the Classic Rock influences are massive. The doom is still here but kept at low even though I can hear an 80’s Black Sabbath influence brought in together with modern-day Europe, Opeth and Deep Purple all waved in with Avatarium’s own brand of melodies. It’s a hard-striking and straight-forward number that again takes the band on a different route without losing their identity at all. Killer! Hippie-flavored Classic Rock meets Doom Metal in the trippy and sort of spaced out ”Great Beyond”, a song that gives us heavy riffing, a groovy rhythm and a colorful yet dark and big soundscape. The acid-trippy organ also gives the song another dimension and I find myself thinking that this is how Doom Metal might have sounded back in 1967 – very imaginative and daring. Marvelous stuff, this!

On a slow ballad note, the title-track comes on earthy, soothing and levitating with a slightly psychedelic ambience. Embraced by a gorgeous arrangement, the refrain comes on big, melodic and memorable and again, modern-day Europe comes back within the guitar-work – which is not to say that Jidell has gone all John Norum here. This is an addictive tune with contagious melodies all over – awesome! On a big groove, ”Epitaph Of Heroes” is rhythmic albeit doomy and heavy and it also brings on mesmerizing vocal-melodies, an occult sounding mix of guitars and keyboards and it feels like we get Sabbath, Rainbow and Candlemass rolled into one here – complete with a stunning refrain. A slow, stripped, laid-back and evil-sounding breakdown with an early Sabbath influence makes for an atmospheric dynamic as well. Brilliant. The album closes with ”Stars They Move”, a slow, stripped and laid-back ballad, a bit spacey and down-to-earth with only a piano and Smith’s beautiful and hypnotic vocals. Wonderful.

Jennie Ann Smith really needs to be mentioned here – what a singer. Her range is impressively wide and her voice is used differently depending on the song, something that convinces me that she could take on any genre out there and the outcome would be marvelous no matter which one she decides to take on. At times, a Ronnie James Dio influence shines through in some of the phrasings but it never takes over – she sounds like Jennie Ann Smith and only Jennie Ann Smith. Her voice is also a big thing when it comes to the dynamics of the music, she gives the tunes a different edge that makes this band an original beast.

With their fourth effort, Avatarium keeps developing and moving forward, refusing to walk the same footsteps twice, all the while keeping their identity intact. Hardcore doom-fans might disagree but I embrace this fully, to pick up a new Avatarium effort and not knowing exactly what to expect, style-wise. There are a couple of interesting curveballs here – like ”Lay me Down” and ”Stars They Move” and influences comes from Black Sabbath and Candlesmass to Deep Purple and Rainbow to 60’s stuff like The Doors, Beatles and Rolling Stones but the sound is Avatarium all the way. But as long as the songs are well-written, the curveballs are nothing but a plus – and well-written they are. And then some! Four albums in and I still haven’t heard one bad song from this lot which means that this is another fantastic album. If you haven’t already, you really need to check this band out right away! 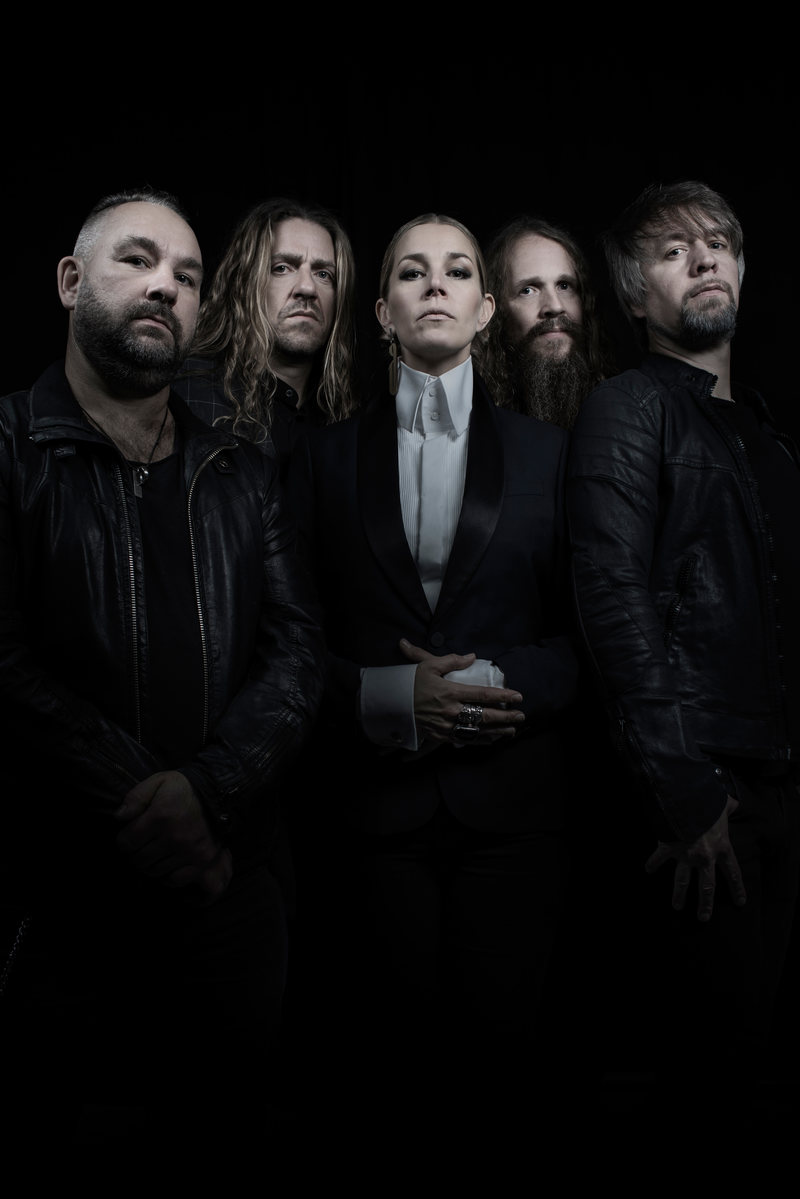