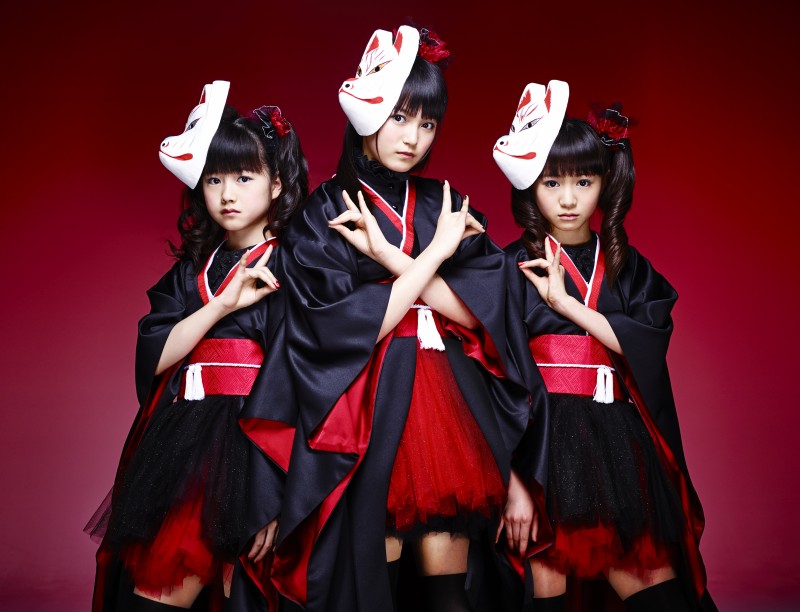 Sångerskan Su-Metal kommenterar: ”I will be putting my everything into the production of our upcoming album because I believe that many of you are waiting for it. We are looking forward to meeting our fans abroad again at Wembley Arena right after the release of our second album, so you can expect to hear our new songs for the very first time live there.

”Performing at Tokyo Dome [this] year still feels like a dream, but I am going to work towards building up my confidence to stand on that stage and I hope to continue growing through our upcoming world tour.”

Moametal tillägger: ”I still can’t imagine that that day would come, when we would perform at Tokyo Dome. On top on that, our new album will be released on Fox Day, so I promise you that we will come up with an album that will betray your expectations — in a good way, of course.”

Kobametal tillägger: ”I continue to believe that the songs of Babymetal continue to push them forward to discover new possibilities.

”Since the release of Babymetal’s debut album in 2014, we have been racing across the globe non-stop on our world tour. Through the last tour I have come across people from all over the world and have had the chance to feel that miraculous moment when everyone came together via Babymetal.”