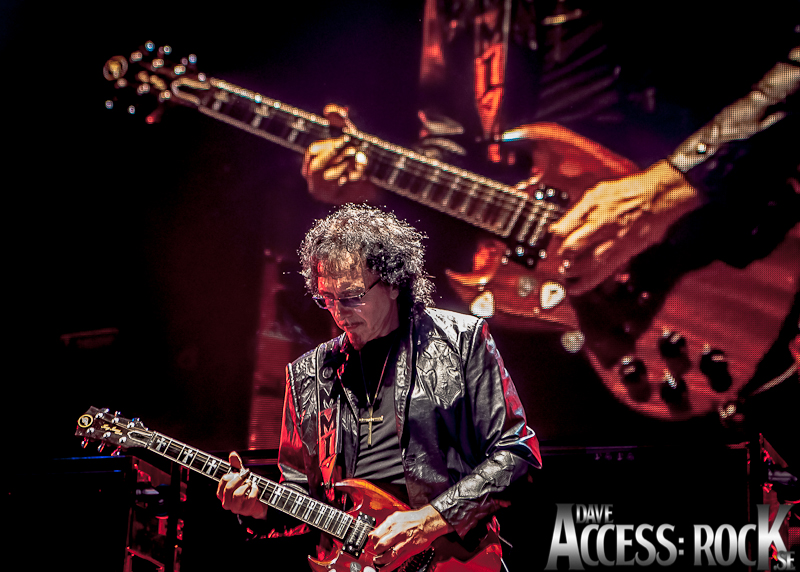 Ozzy kommenterar: ”The whole Sabbath experience this time around was great. We all made friends, we didn’t fuck around, we all knew that we had a job to do, and we did it. It was a lot of fun. So we’re going to do one more album, and a final tour.

”Once the dust settled after the last tour, we started discussing the idea, because we were getting asked about it all the time. I said to [wife/manager] Sharon, ’What’s going on? Because if there’s no more Sabbath, I want to get on with my own thing again,’ and she came back and said, ’Let me look into it.’ Three weeks later, I asked her about it again, and she said, ’Oh, I still have to talk to so and so…’ and I said ’Sharon, I ain’t fucking 21 anymore. If we’re going to do it, I want to do it before I’m 70!’ Time isn’t on our side! So she made the call and came back and said, ’Yeah, the record company wants another album.’ I believe [producer] Rick Rubin is going to do it with us again.

”Obviously a lot of it is coming down to Tony’s health, he’s obviously got his cancer treatment, but we’ll get onto it next year. I don’t know if we’ll be writing in England or L.A., but I’ll fly to the fucking moon for it if I have to!”