It’s more than three years since Bombus released their last album, their third, Repeat Until Death. For me, it was also one of 2016’s biggest and most positive surprises. Bombus’ two first albums, the eponymous debut album from 2010 and The Poet And The Parrot (2013), didn’t impress me much (at first) – I didn’t think those albums were bad at all, they just didn’t stick with me at all. Repeat Until Death did – and then some. The album was a compete jawbreaker where everything came together exactly how it should. It was raw, hard, aggressive and gritty but also melodic and even catchy and every song on that album struck a nerve with me. I gave it a 9/10 but had I written the review today, it would have gotten the full monty from me. Repeat until death? You bet I will.

When the band now reappears with a follow-up, the guys – Fredrik ”Feffe” Berglund (lead vocals, guitars), Matte Säker (lead vocals, guitars), Ola Henriksson (bass), Peter Asp (drums) and their 2018 addition, new guitarist Simon Solomon – have got a whole lot to live up to, at least from my stand-point. To ask for yet another complete masterpiece is maybe a bit much to ask for but it at least has to better the two first records to keep any disappointment at bay. I can’t say I’m overly worried, though – you just don’t bring out a masterpiece only to blow three years later. That said, the new record is one of my most anticipated releases of 2019.

And the album could hardly have started any better than with ”A Ladder – Not A Shovel”. Hard, fast, raw and aggressive, this Metal tune kicks jaws and punches guts with a kicking rhythm and a raunchy groove. The raucous vocals that spits out every word marries wonderfully with the hooky melodies and the striking refrain. A stripped and laid-back passage that turns slow and dark softens the tune slightly and takes the song into a different dimension for a while before all Hell breaks loose again. It’s a fantastic tune and everything I had hoped for. The same goes for the single ”(You Are All Just) Human Beings”. It’s hard, robust and heavy and holds a kicking beat, very in-your-face and edgy with punches everywhere. The dark and evil ambience even worsens when a stripped passage of guitars and groveling vocals sets in. As a single, I guess it won’t result in massive air-play but this stuck with me right from go. Awesome.

Leading single ”Mama” borrows shamelessly some strophes from Black Sabbath’s ”Sabra Cadabra” – all done with love, great respect and graciousness. The song is upbeat, it’s heavy, fat rough and holds a main-melody so strong it could be a chorus – so take a wild guess just how bloody amazing the actual chorus is. After a while, the song takes a more slow to mid-paced route, still very heavy and aggressive and even though this might not be the standard model of a single, I wish it had been a gigantic hit because everything is so damn strong here, it deserves to be. On a ballad note, ”It’s All Over” starts out soft and gentle and even beautiful albeit dark and sullen in its laid-back mellowness. But, still ballad-like, the song takes a turn into harder and heavier territories which roughs it up some. The chorus comes along with an emotive and very memorable vocal melody that grabs a hold directly. Great.

The edgy, punchy and gritty ”In The Shadows” – also a single – comes on strong like a more groove-laden Motörhead and holds a crispy stomp with chugging guitars on a raw note. This tune strikes hard and is here to give you a good beating and its chorus is quite effective and even though I like it, it’s not as strong as the rest. ”We Lost A Lot Of Blood Today” is heavy, aggressive and ferociously wild but also treats us with a juicy, fat swing, hooks and catchy melodies all the way through. Damn good. The title-track comes along with edgy riffing, a bouncy groove in a mid-pace and a headbang-friendly rhythm. The verse takes a softer but kind of eerie turn before the crunchy guitars comes in. At times, we get some cleaner vocals, the main riff is almost sleaze-thrash and the glistening chorus brings a Classic Rock vibe to the table, spot-on infectious without being the least radio friendly. This hits bulls-eye right off the bat.

”Two Wolves And One Sheep” goes in a dark and evil sounding direction where some of the melody arrangements even bring on a slight Black Metal touch and when the song gets going, there’s a cool mixture of Heavy Metal and Classic Rock, heavy and punchy with very melodic guitar melodies and a strong main-melody that takes us to the punchline which is the effective and fuel-injected chorus. Good one. The album’s closing track ”Feeling Is Believing” is rootsy, crispy and rowdy on a chunky beat, bouncing and rhythmic. More Hard Rock than Metal, the song comes with big melodies that hides some sparse pop-vibes – melodic but still quite hard. The refrain catches on right on the spot and is the icing on the cake that made this song yet another winner.

While I still hold Repeat Until Death my favorite Bombus record, this one isn’t far behind at all. Style-wise, this album follows its predecessor but it’s not like Bombus have tried to make that record all over again. This one isn’t as direct and where almost every song on the last album was catchy as hell, the songs here aren’t – at least not at first glance. That said, once all those big melodies hits, they’re in your head for good. What also attracts me to Bombus is that they mix hard, aggressive, brutal and sometimes even noisy Hard Rock/Metal with big melodies, catchy choruses and small twists of poppy arrangements and it feels like it’s the most natural thing in the world. Sound-wise, Bombus are an original beast, they sound like no one else and they sure know how to write good songs that get under your skin and based on that only, they should be way bigger than they are. Once again, Bombus have delivered a killer record so go on and discover them. You’ll miss out if you don’t! 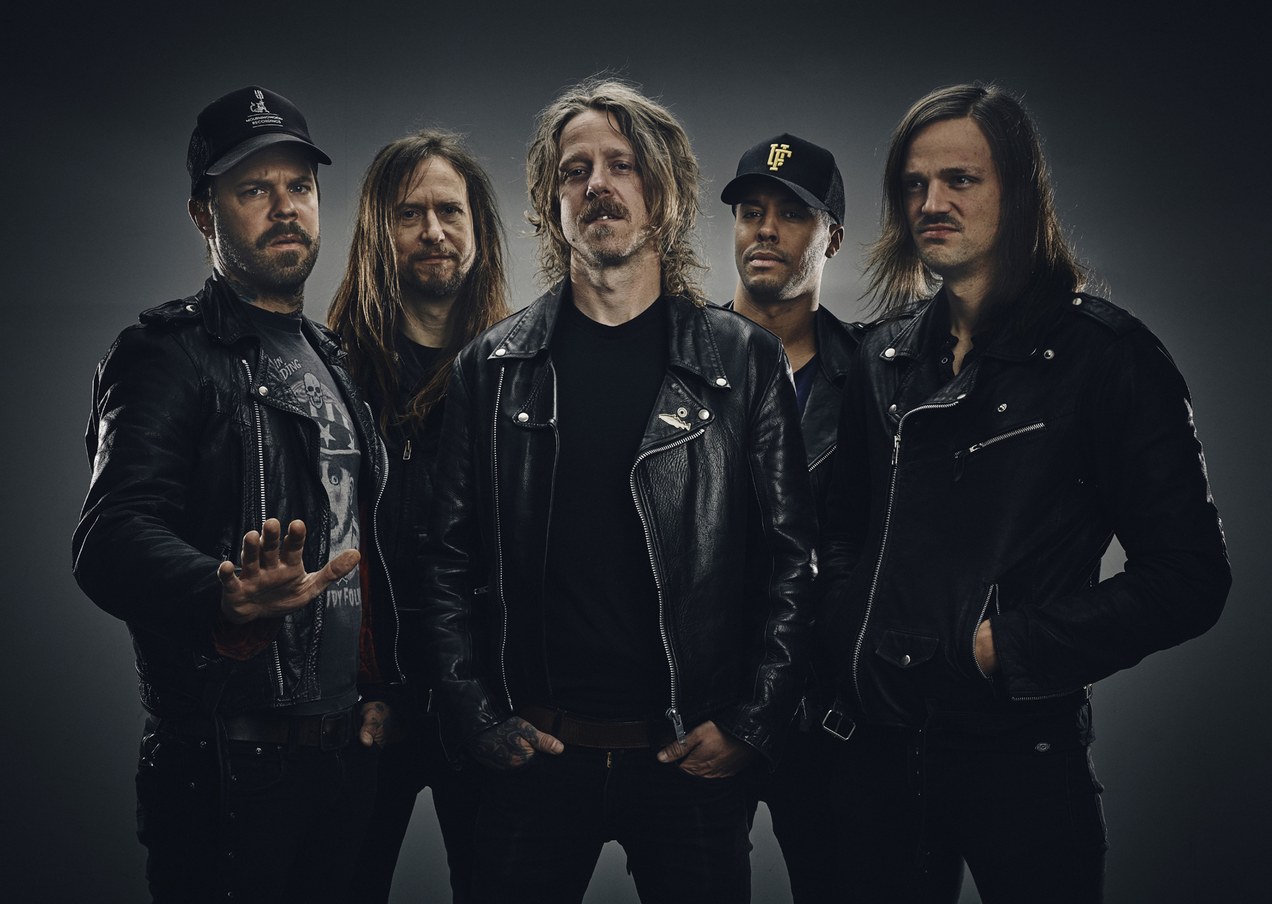