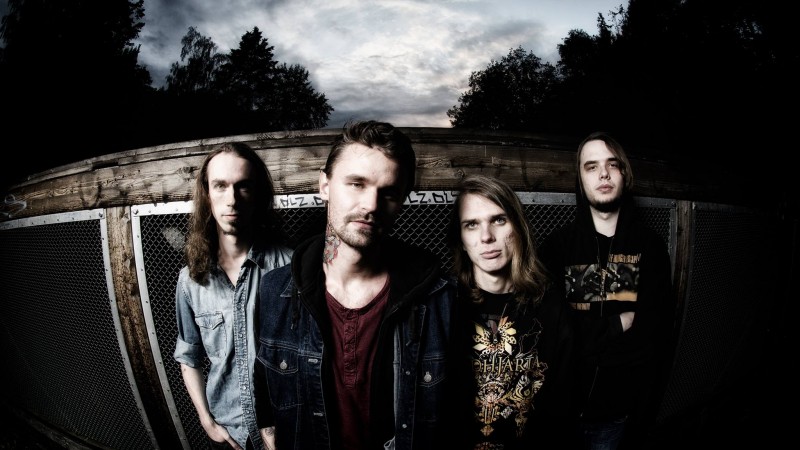 We have parted ways with Pontus Wicklander (Bass) and Simon Tarasewicz (Vocals). The decision was mutual between the band and the leaving members, there are no hard feelings between us and we wish them the best in their future musical endeavours.

The new lineup: We welcome Johan Skogh as our new vocalist, after filling in on our previous Indian tour, it was an easy decision for us to as him to be a part of the new Deathember. Rikard Bonander (previously guitars) will take over bass dutys permanently as of now. We will tour with a live 2nd guitarist until we find the right person for the full-time job.

The new material: To let you guys know what we’re up to, we decided to release a pre-production version of a brand new song that we recorded with this new lineup. Listen, share, groove.