That fresh minty taste won’t keep this HOT BREATH away.
Today marks the release of Hot Breaths second single release, ”Still Not Dead”. Taken from their upcoming self titled debut album set for release October 18, ”Still Not Dead” surely is a taste of things to come.

With a pounding heart for that raw 60´s Detroit energy and the dirty streets of late 70’s London, HOT BREATH is rushing with adrenaline and pure teenage lust. This hard beating four-piece from Gothenburg (Sweden) will run face-first through your bedroom door.

HOT BREATH is your after party that never stops. The soundtrack of the last drink sip that never ends. The one that breaks your mirror and will dance with you through the night – like stray cats covered in glitter.

Formed in October 2018 (with members from Honeymoon Disease, Hypnos and Grand) the band wanted to mix their various pasts into one vibrating sound. With a common ground of heavy rock Hot Breath quickly took shape and turned into a wicked animal that will twist your hips. 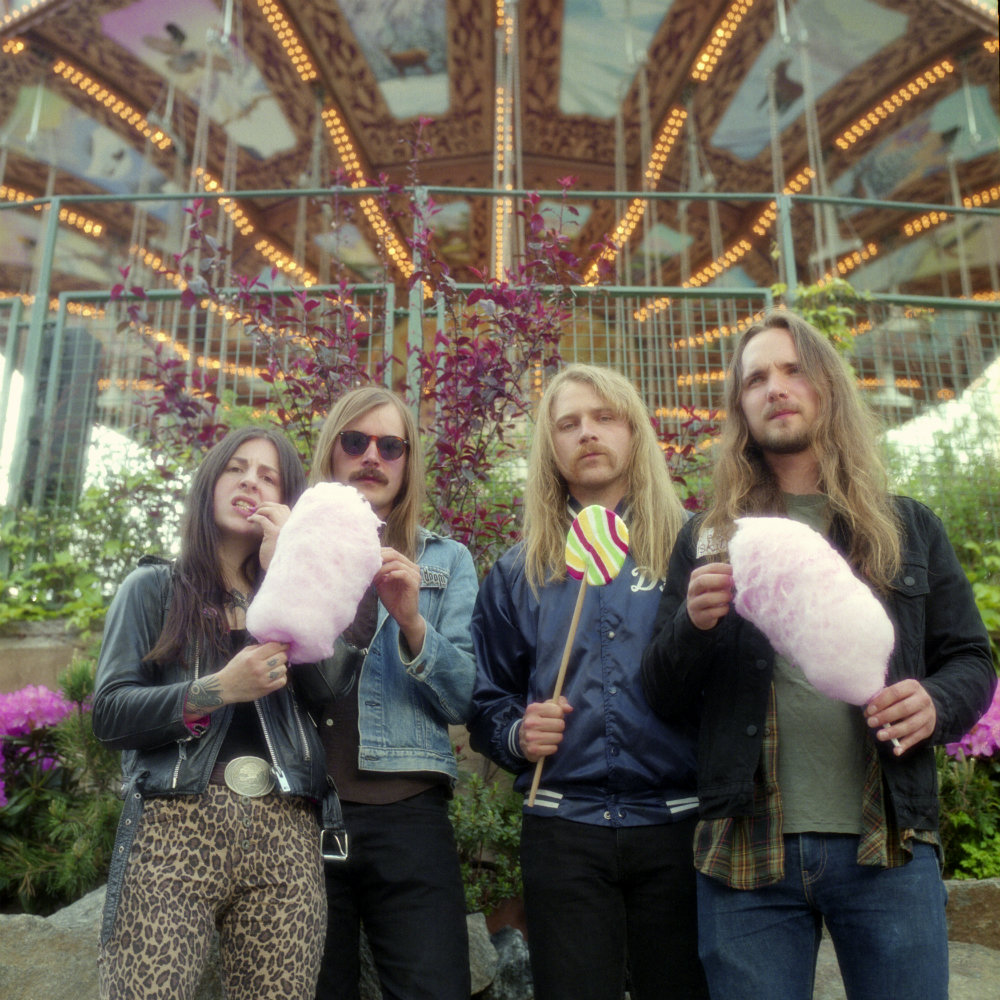