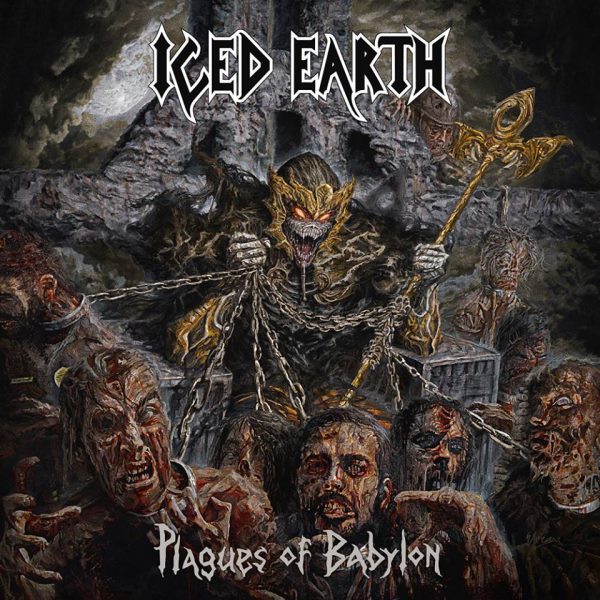 Gitarristen Jon Schaffer kommenterar: “This album is a bit more epic compared to Dystopia. When I was working on the Dystopia stuff I just felt that was the way to go, and I don’t think Plagues of Babylon is far off from that. I think this album has a couple more songs that are a bit more epic in terms of the writing. One of the things I wanted to do was make it heavier and give it a live feel. I wanted to make sure it wasn’t overproduced.