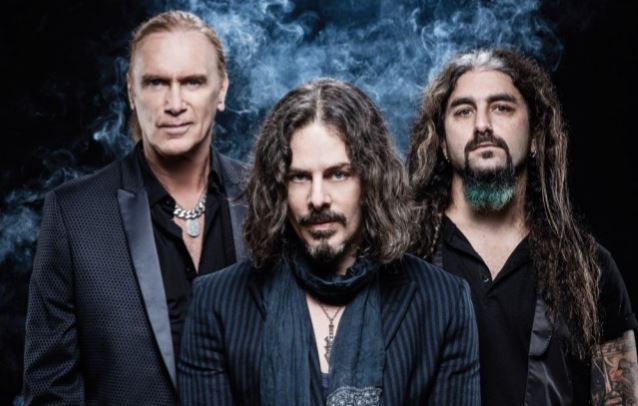 Bandets trummis Mike Portnoy kommenterar: ”Just thinking of all the ways David Bowie’s music affected my life for the past 45 years when I began listening to him. I loved the song Memory Of A Free Festival when my dad introduced me to it when it was released; I was about three years old.

”The Rise And Fall Of Ziggy Stardust And The Spiders From Mars to this day is still in my top five albums of all time (along with [The Beatle’s] Sgt. Pepper’s Lonely Hearts Club Band, [The Who’s] Tommy, [Pink Floyd’s] The Wall and [Elton John’s] Goodbye Yellow Brick Road). An absolute masterpiece from the opening of Five Years to the closing of Rock ’N’ Roll Suicide. I covered Rock ’N’ Roll Suicide on my Cover To Cover CD with Neal Morse. Hard to believe Ziggy has now been reunited with two of his Spiders From Mars [bandmates]: Mick Ronson and Trevor Bolder.

”The song Slip Away from the Heathen album (written for two of my childhood TV faves Uncle Floyd and Oogie) still makes me cry every time I hear it. I am not exaggerating.

”His appearance on Ricky GervaisExtras was one of the greatest cameos of all time. My fave episode of the whole series.

”Finally… I don’t think many people ever caught this, but look at the shirt I am wearing on the cover of The Winery Dogs first album…yep, Ziggy Stardust is right there with me, Billy [Sheehan]and Richie [Kotzen]. And one of the unreleased covers we recorded during that first session was Moonage Daydream.

”Thank you, David Bowie, for being a part of my entire life. Your music and memory will live with me and millions of your fans forever.”