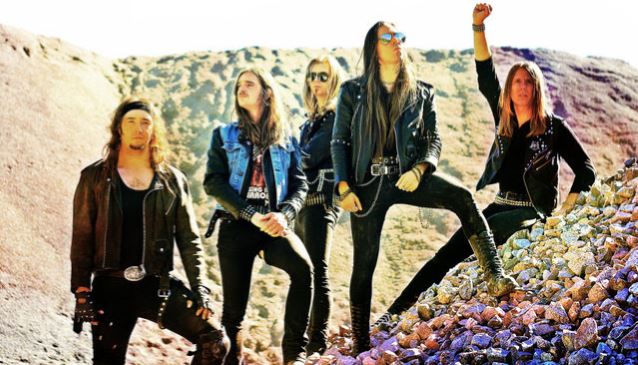 Bandets sångare Riley kommenterar:”With two well-received albums behind us we could have gone the easy way and kept doing the same thing. However, after the hit-oriented Zone Of Alienation, we felt that we wanted to challenge ourselves to create something darker and much more ambitious. So instead we worked really hard for more than three years to redefine our sound and really perfect the new material. We have introduced a wide range of influences to the sound, anything from death metal and technical thrash to punk and hardcore, where previously we wouldn’t allow ourselves to stray too far from the classic heavy metal matrix.

”We envisioned a gritty attitude and more organic drum sound for these songs, so naturally we turned to Fred, who is known for delivering just that. Since we have grown up listening to Dismember, it was truly an honor to work with him. I knew the new material would be very demanding to sing, so we decided to record the vocals with Nicko, an old friend of the band who has been with us from day one. We know we can always trust his ears and skill when the going gets tough.”