This March will see Portuguese Death Metal beasts OKKULTIST Reinventing Evil! The up&coming band, who has been the first one that inked a worldwide deal with MOONSPELL Fernando Ribeiro’s new label ALMA MATER RECORDS ever, is set to release their brutal debut of an album Reinventing Evil on March, 15th 2019. “OKKULTIST is the kind of band the Portuguese scene needs: talented, young, focused and just fucking brutal.“ Ribeiro says. “Portuguese Death Metal has never sounded so exciting in my ears so we can’t wait to release this beast upon you and help you to reinvent evil together with this amazing Portuguese talent.”

Just recently, the band fronted by vocalist and demoness Beatriz Mariano unleashed a first appetizer with the album opening track – stream HERE. Today OKKULTIST are sharing with us the merciless ’I Am The Beast’! Says the band: “It’s a track that will eat you alive. After sucking the living soul out of you with “Reinventing Evil”, we‘re here to bring you another piece of Hell.” 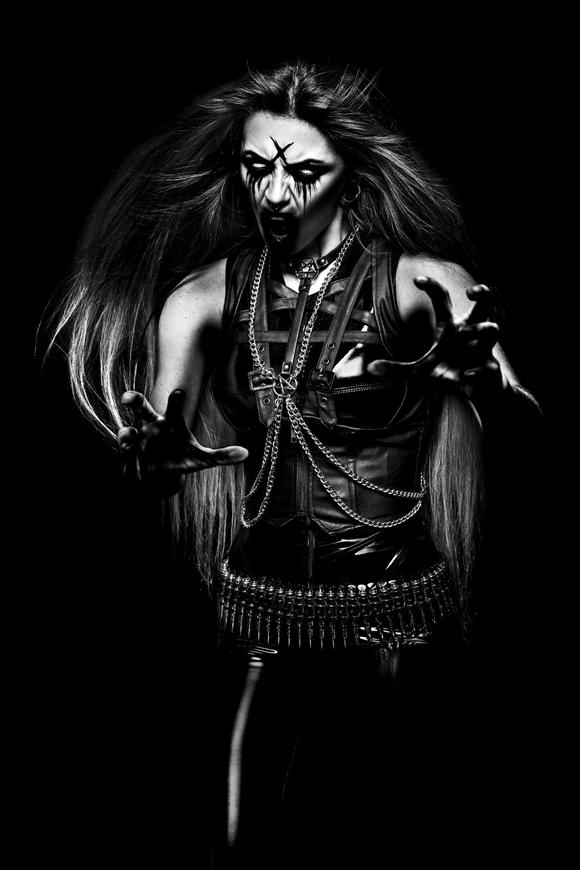