It’s been a long time coming! The rumours that singer Mats Levén has been working on his solo project have been circulating for years now, but no news has surfaced – until now. Since Levén left Swedish Erotica in the early 90’s he’s been the go-to-guy whenever an artist or a band needed quality vocals, be it as a guest on a project or a replacement in a band – but we haven’t exactly been showered with albums from the man himself. There have been no need to complain as whenever Levén put his vocal-cords over something, the project in question has always been bettered by it – and there have been a whole lot of different things put on his CV during the years. Treat, Abstrakt Algebra, Yngwie Malmsteen, Therion, Krux, At Vance and Candlemass only to mention a few – and I need to state that I’m happy for it. Vocally, Treat, Yngwie and Therion never sounded better and in the case of Candlemass, Levén was the guy that made them interesting at all since I’ve never been much of a fan of that band.

The day Levén parted company with Candlemass, he jumped straight into finally getting his own project going – under the Skyblood moniker. Still, it needs to be stated that Skyblood is not the first project where Levén isn’t a hired hand since Swedish Erotica. In 1998 he founded the band Southpaw with guitarist Fredrik Åkesson (Talisman, Arch Enemy, Opeth) which also included Europe bass player John Levén (no relation) – they released one extremely underrated album –  and last year, Mats and Treat guitarist Anders Wikström formed the duo ReVertigo, also with a brilliant record in tow. But what this is, is the first album Levén has made that is his and only his – from day one. Because even though it is released under a band-name, this is Levén’s solo album all the way – he wrote all the songs, he sings, plays guitar, keyboards (and more, says the credit notes) and he produced it himself.

With that said, he did have some help from his friends – and there are some really high-quality names involved. Bass-master Nalle Påhlsson (Treat, Therion, Easy Action, Last Autumn’s Dream, Royal Mess) signed up for bass-duties and guitar wizards like the already mentioned Åkesson, Marcus Jidell (Avatarium) and Kristian Niemann (Therion) threw in their talent. On drums, Snowy Shaw (Mercyful Fate, King Diamond, Dream Evil), Petter Karlsson (Therion), Martin Axenrot (Opeth) and Sebastian Sippola (Prins Svart) showed up, with added pedal-steel help from Sampo Axelsson. Since I first heard about this project, I’ve been extremely intrigued to hear what might come out of Levén’s studio because, let’s face it, with all the different genres Mats’ bands have been in throughout the years and the fact that his influences are everything from Bowie to Sparks to The Police to Ramones and all the way to Strapping Young Lad and Nine Inch Nails, it’s impossible to guess what Skyblood might sound like. I just found out – and now I’ll tell you about how I feel.

The album opens with an instrumental intro/interlude/prologue-song, ”Skyblood Manifesto”. The tune is vigorously orchestrated and brings on a cinematic ambience, somewhat dystopian, dark and even eerie at times and the tune sure builds up an atmosphere of what to come. The the leading single ”The Voice” breaks loose. Rhythmic with punchy and almost tribal drumming, the tune holds a dark vibe that together with Levén’s dramatic singing in the verses builds up a momentum for the highly energetic and in-your-face refrain, a refrain that brings on the hooks that makes it catch on immediately. The tune is easy to embrace and is catchy without being the least radio-flirtatious. Brilliant! Second single ”The Not Forgotten” is heavy, punchy, pretty straightforward and holds a bouncy, fist-shaking rhythm. While it’s a hard-striking tune all over, it also holds a very direct and effective chorus and it was easy to be seduced by this. It’s not rock-radio friendly but it should be all over rock-radio anyway. What a killer!

The intense and robust ”Wake Up To The Truth” holds a dark atmosphere and some heavy riffing over a steady rhythm that really aims for the throat. In all its heaviness and ballsy outlook, the tune comes with a striking and very memorable main-melody and a refrain very distinct and effective and will without a doubt go down brilliantly live. Great track. ”Once Invisible” starts out on the laid-back side on a theatrical and sullen note where all musicians are held back for a more earthy soundscape. The tune gets heavier along the way but holds on to the slower pace – and parts of it brings out twists of his Candlemass past, on the gloomy side. The song then hits a more rowdy groove on a beefy rhythm only to go right into an ambient dark and sullen passage – that actually brings Therion to mind – before it transforms into a heavy and rough monster again, everything with striking melodies and on top a hook-laden chorus. Fan-bloody-tastic.

On a laid-back and somewhat gloomy note, ”One Eye For An Eye” begins. An acoustic guitar is brought in to up the dynamics and when the refrain comes in, the song has gone into a heavier and more gritty direction with a more straightforward outlook and when the laid-back verse comes back it’s heavied up. The song sports some progressive moments but is also the album’s most accessible melodies and the chorus is a real killer with effective and intense catchiness and hooks everywhere – it almost feels like Mats has thrown an eye back to his Melodic Rock past mixed with rawer and harder arrangements. It’s a damn catchy song but not commercial as such. Still, I think this tune would be perfect as a future single. Fabulous!

Latest single ”Out Of The Hollow” is a ballad of sorts, but don’t expect any power-balladry here. This one’s heavy and robust with a steady and tough rhythm, slightly Therion-like within the melodies and an acoustic guitar in the background. The chorus is more upbeat, slightly doomy and symphonic but with a rougher outlook. The refrain is absolutely magnificent and it’s no wonder it was chosen as a single. ”For Or Against” is an upbeat rocker that holds a rhythmic groove and brings on a catchy keyboard riff over the song’s heavy foundation and a very catchy vocal-melody that makes the verses immediate and memorable which in turn takes us to a resplendent refrain with massive hooks that hits pay-dirt right from go. The pop-twists contrasts masterfully with the song’s heavy and rough outlook which makes the tune shine within it’s darker ambience. Single-material with hit-potential. Brilliant.

As a closer the 10-minute epic epos ”Le Venimeux” starts out abstemious and laid-back in a frugal yet dark and dystopian manner with only a piano and synth-strings before Levén’s saturnine vocals comes in. A progressive yet stripped passage with acoustic guitars and a flute takes us in a more uptempo pace with a beefy rhythm-section before it heavies up and gets dark and sombre in a slower pace. The tune then goes into a a faster pace which makes this turn sound like a new song within the song before we’re being treated with a magnificent guitar solo. The song ends on a heavy and rowdy note with a keyboard-melody not a far cry from what could be found on Therion’s Gothic Kabbalah (2007). It’s a captivating tune with startling arrangement and a massive sound-scape all over and while all the melodies here are very memorable, this is not an easy-listening piece at all. A coherent and immense tune, grandiose but not overblown. I’m floored.

If you, after one spin, think it’s only an ok album or maybe even don’t like it that much, don’t let it go with a ”meh”, give it some more spins. Because this is a grower. I liked it the first time, I like it more the second and now – after four or five listens – I’m completely knocked for six and it’s still growing on me. It’s also very unpredictable, you really have no idea in which style the next song will come in. There are nods here and there to Levén’s days as a singer in Candlemass and Therion but also smaller twists that brings his melodic Hard Rock days to mind. Devin Townsend is another influence that shows up. But this album is Mats Levén’s baby and the sound and style are all his own. That said, the most important thing is the songs and after the nine tracks has etched themselves into your brain, all you can do is to capitulate.

It’s a beast of a record that will without a doubt end up top 5 when I list the best albums of 2019. 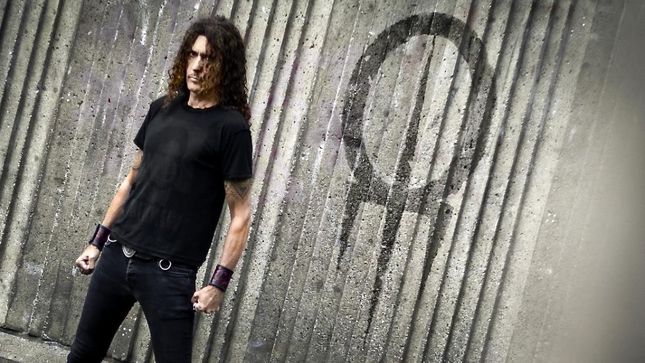