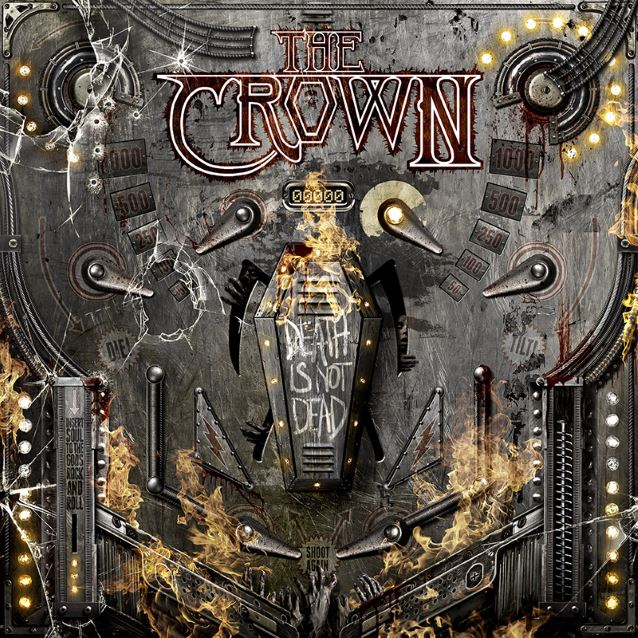 Bandet kommenterar: ”So, what’s new in The Crown camp? Well, in just a few months we are celebrating our 25th anniversary in the name of death metal.

”Can you believe it? 25 years filled with blood, sweat and tears and one hell of a pile of good albums to be really proud of.

”But this celebration is not only to look back and be nostalgic. It’s also to embrace the very bright future of this band. We feel great at the moment and we will make 2015 the best year so far.

”Do you wanna join the ride? Well, then don’t hesitate to continue to read.

”We know that a lot of you folks out there have waited and waited for some new shit but guess what!? The wait is over.

”For the past two years, we have worked really hard writing and recording our new album, Death Is Not Dead, and it’s finally ready to be unleashed upon mankind January 12, 2015.

”Death Is Not Dead’ is something that we’re extremely proud of. We truly hope that you will dig it and give it the support that it needs and deserves. We have definitely done our best to produce a death metal classic.

”For those who can’t wait for 2015, we will release our very first seven-inch single ever with the track Headhunter on October 27, limited to 1000 copies. Pre-orders start on September 29. B side for this single will be our version of Unfit Earth, originally recorded by Napalm Death.”