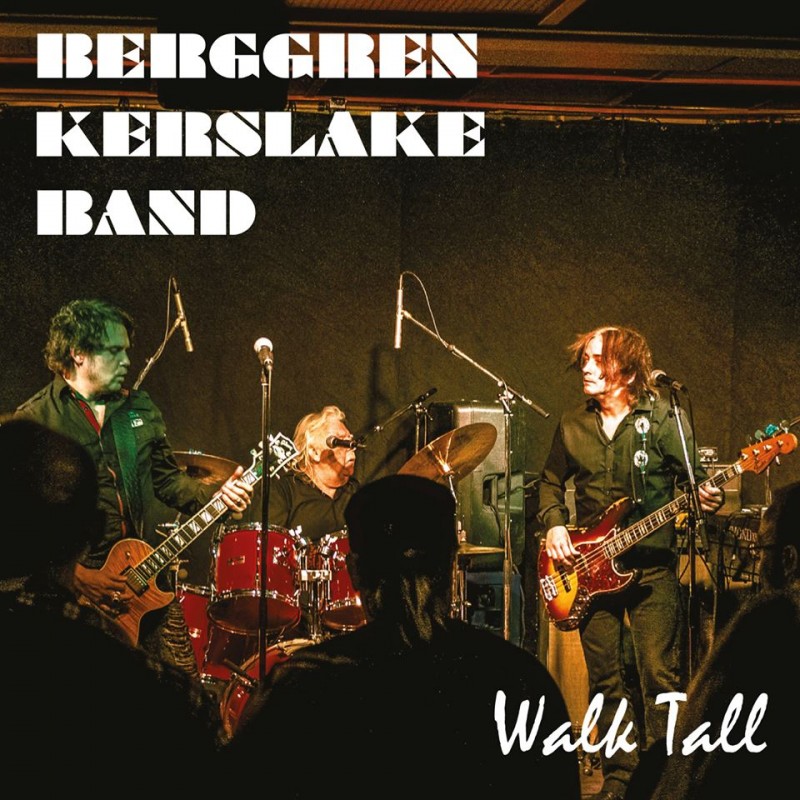 Swedish Singer guitarist & keyboard player STEFAN BERGGREN (M3-Classic Whitesnake The Company of Snakes Razorback Snakes In Paradise & Revolution Road) Meet the legendary UK drummer LEE KERSLAKE (OZZY, Uriah Heep) for the first time 2005 in Friedrichshafen southern Germany. Where they make the Big Zeppelin Luft ships. I Played with M3- Classic Whitesnake Lee played with Uriah Heep.We meet in the bar after the show and had a chatt. A couple of years later we ended up in Zürich (Swiss) & did some more shows. This time together in the same Band, but not under the flag BKB.Among others we did the club Z7, supporting Nazareth & the EarthBand..We went down like a storm ..The song repertoire at the time was mostly Heep, Ozzy and some Whitesnake songs .We only did 1 original Berggren Song ”Back to the Blues” a song I wrote for the Company of Snakes on the”Burst the Bubble” album. We really enjoyed playing together..In 2011 Lee Phoned me up and asked if I could do to do a acoustic show with him in Helsinki (Finland)..After the show I had a couple of hours before my flight back to Stockholm .So we decided to go to our friends Matti &Tuija Takala Summer house to hangout..I knew Lee had penned plenty of great Ozzy Osbourne & Uriah Heep songs in the past. So I wanted to check him out and see If he still had It.They had some guitars in the house. I started to show some riffs & Ideas, Lee started immediately to sing a long and jam with me. The material that we came up with was pure Magic. We cannot thank Matti &Tuija enough for putting us together,They also providing us with an unlimited amount of Chardonnay (you have to give us the recipe).Which gave us the incredible inspiration to come up with 7-8 really amazing song ideas,on a very short amount of time.On that afternoon.. There we were A highly respected blues singer who sings with soul & a very passionate drummer who is the ”King of the Swing” .We where at the time both looking for a band. We decided there & then to form BERGGREN KERSLAKE BAND & do an album together.One of the first songs that came out of us was ”The Sun has Gone Hazy” It has a unique vibe..So we used that as the title of the album. I played it to a friend of mine Klas Bergwall. He is a painter. He liked song very much I asked him to paint the cover of the album on that theme but with his own feeling.We needed a good bass player so I brought in my longtime friend and old SIP gunslinger TOMAS THORBERG (SIP Plankton Michael Schenker,John Norum) to play bass. I also brought in another long time friend JOAKIM SVALBERG (Opeth,Yngwie). Who does some fantastic Organ, Moog playing (solos).On the songs ”As time goes by” & ”Rock`n`Roll Gangsta” on the album.During the fall and winter of 2012 I flew Lee over to Stockholm Sweden for some shows.we also wrote some more tracks and started to record them in the studio.We made the recordings of the songs very organic and honest (Without klick track sequencers and pitch correction).that`s how we like to hear music we like (just people playing together in a room)…We recorded drums & bass and some guitars and rough vocals in (Boo studio) Live.The rest of the recordings was done in Berggren studio Stockholm.We then brought in Lennart Östlund (ABBA Led Zeppelin) to handle the final mixes and mastering of the album in the PolarStudio.except the song ”Walk Tall” that song is mixed By Berggren mastering by Pete Lyman (Rival Sons)

The band’s finesse is Stefan Berggren uses a guitar style that draws heavily on the blues with a unique understanding and love of a guitar sound without to much overdrive!!
Add Lee Kerslake who has his own way of tuning drums to create he’s unique drum sound.His Swingin’ & energetic playing is heard on many successful albums, that still echo across the world today.
Then add Tomas Thorberg who play`s bass in the same vain as Gary Thain & John Paul Jones but with his own twist.
Haunting organic keyboards.
The result is a incredible album with a wide range of songs from breath taken ballads ‘Born Again ’ to up tempo progressive Hardrock tune ”Super Sonic Dreem” bluesy stomping rockers ‘Fools Alseep ” Walk Tall”and more Dreaming sounding MY MY & Free. Stefan Berggren & Lee Kerslakes unique voices & whom sings with soul. And with background vocals who plays In the same league as Queen and old Uriah Heep. These guys are rock history.. And aiming classic Rock album territory.