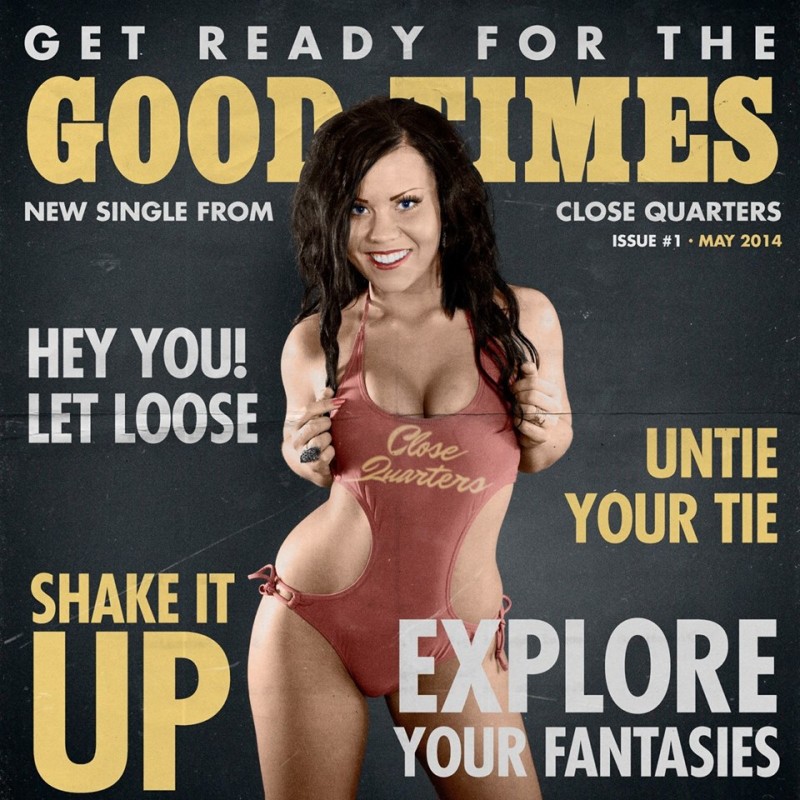 Enligt Facebook:
Close Quarters was formed in 2006. Already at a demo stage the band performed over 100 live shows, both in Sweden and abroad.
After playing opening shows for Backyard Babies and recording demos and EP’s with Tomas Skogsberg (Backyard Babies, The Hellacopters) and Roberto Laghi (In Flames, Hardcore Superstar) the band was signed by Markus Tagaris (Rambo/Gain) 2010. Following year the debut album WE BELIEVE IN ROCK ’N’ ROLL was released and hit the swedish charts at number 11. The album was very well received, both from fans and critics and the band went on tour and played shows with bands such as EUROPE, Takida, The Quireboys and Vains of Jenna.

Two years later Close Quarters is back with a new frontman. This summer they went to X-Level Studio to record their new single LET’S PUT A SMILE ON THAT FACE in just a couple of hours. The song is produced by Tommy Denander which work includes artists as Alice Cooper, Bon Jovi, Michael Jackson and Paul Stanley. Petri Majuri (Michael Monroe, Hanoi Rocks) mixed it in Seawolf Studios, Finland.

”We didn’t want perfection – we wanted to capture the attitude and energy of the band and the song. Almost everything is one takes. No auto tune, no click track, no bullshit – pure rock ’n’ roll”