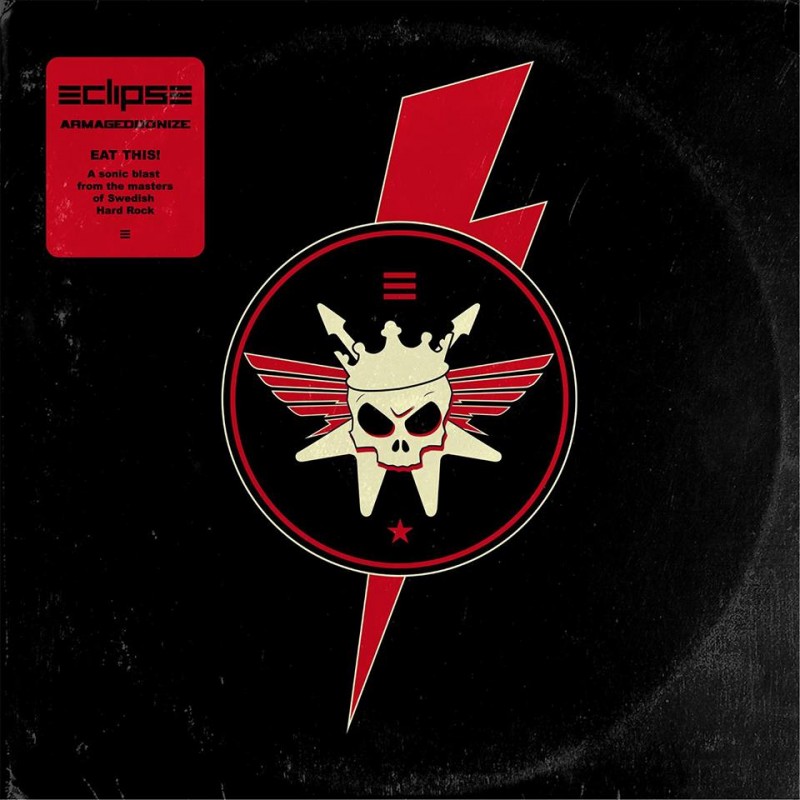 Swedish hard rockers Eclipse are back with their anticipated after the critically acclaimed album Bleed & Scream from 2012.
The band gained a solid reputation and a steady following with this album that took their melodic hard rock roots in a more contemporary direction.

With Armageddonize Eclipse show that they are not anymore the brightest hope for melodic hard rock music, but a very solid and strong reality. They are young, ambitious and full of energy. Eclipse’s music is not a revival, and it’s not nostalgic. Still… it’s by far the best you can have today if you love rock music with energy, great songs, and want to hear a band that has the ambition to be on top of the world! Don’t miss their show on the road in the spring and summer of 2015! 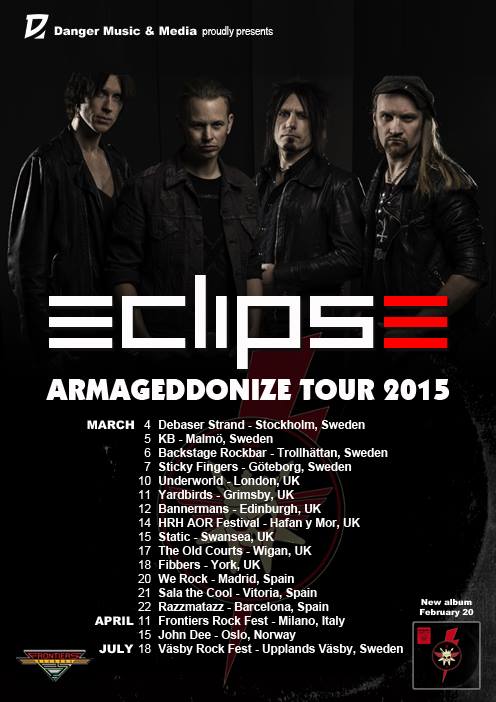