Evergrey to release new album „The Atlantic“ on January 25th!

Acclaimed Swedish dark melodic metal masters EVERGREY are set to release their new studio album, titled “The Atlantic”, on January 25th 2019. The band has worked extensively on the follow-up to their highly successful 2016’s effort “The Storm Within” (which entered the charts on high positions in numerous countries).
Again, EVERGREY teamed up with Jacob Hanssen, who – just like with the band’s previous releases “The Storm Within” and “Hymns For The Broken”) took care of mixing and mastering.

EVERGREY’s Tom S. Englund states:
(Gothenburg 16th of October):
“Guys! This is album number 11!
Isn’t that just sick?! It’s also the 3rd album of a concept that might have reached its destination or at least one conclusion. It might also have been something that some of you saw coming or anticipated?
We’ve fought through giant private obstacles as well as an extremely complicated break-in at our Headquarters studio to bring this album to you. So at the same time as it’s certainly not been painless or at all easy, it’s been rewarding in new ways and our creativity has been painted in colors of honesty and sincerity.
This is our heaviest, darkest, and perhaps also our most diverse album to date. It’s everything we wanted to compose and the written words come straight from a place of transparency and never before experienced lucidity. Finally, as of yesterday, we’ve reached new shores. We can’t wait for you to share this journey with us and dive into our worlds, our depths, and the waters of The Atlantic!”

Pre-order has been kicked off now: https://shop.afm-records.de/evergrey/ 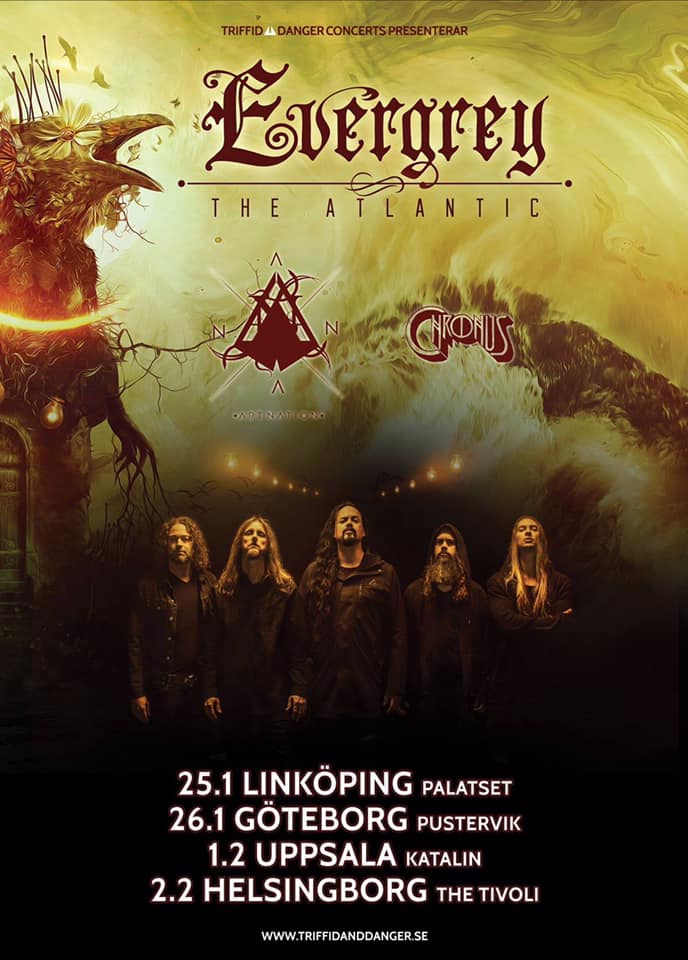