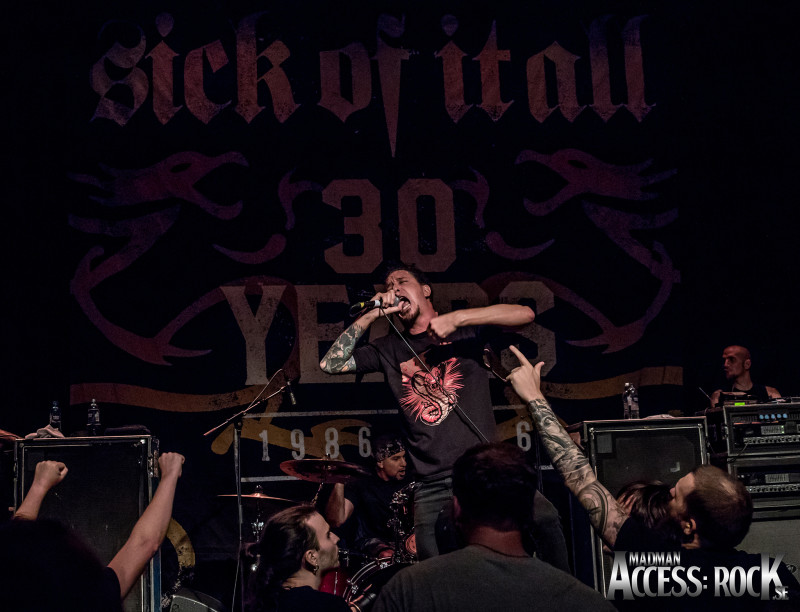 Sick Of It All came to Malmö for the first time ever on their 30 years anniversary tour. Madman spoke to Lou about the anniversary, how it feels to be in a band for such a long time. Their new EP When The Smoke Clears, release date November 4th via Century Media Records.
Lou shared some crazy anecdotes, how it was growing up in the Bronx – New York, friendship, the differences between the punk scene 1986 and the punk scene 2016 and the American presidential election.

Photos from the show can be found HERE.