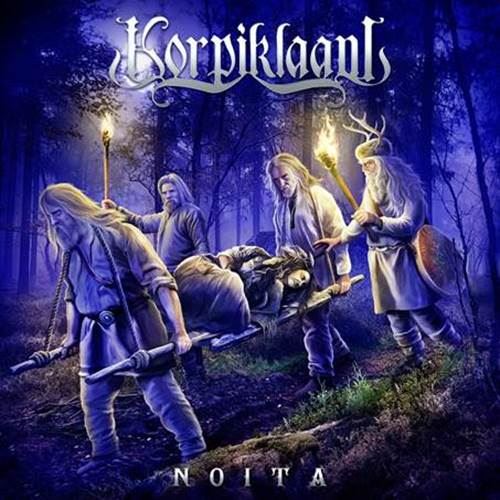 Bandets sångare Jonne Järvelä kommenterar: ”When I was young, I lived quite near of the witches tomb and I used to play there in the forest, where I always threw branch on the tomb like every other when I passed it. It was just a ’normal’ thing to do, so the legend lives well still there. The reason for that is because it was her last wish that she wanted to be buried secretly to the church graveyard, which wasn’t okay for witches at the 11th century. She also made a wish if she dies before the cemetery on the way, they must bury her at the place and everyone who pass the tomb need to throw branch on her or will face the power of her curse.

”I remember when I was seven or eight years old and we skied with my school class next the place and the whole area was clean of the branches. We couldn’t find any, so we needed to ski further to the forest to find some and ski back to throw them, including our teacher.

”In this video, I play the part of the man that was one of those that made this treaty with the witch, for her to buried as she wished. As I sit there remembering, the crow flies past and I dream of the old memory, but then the witch sees me sitting there watching the old memory as the sun rises. As the old memory goes away, I go and put the branch on the tomb and then the witch walks away.”