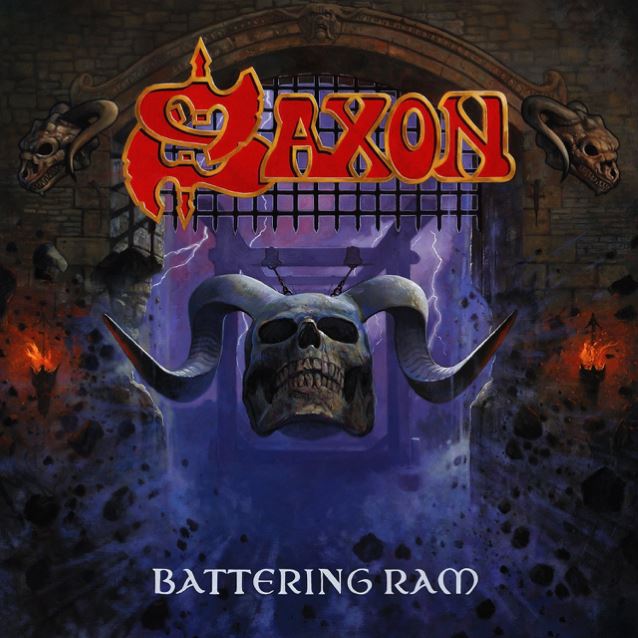 Bandets frontman Biff Byford kommenterar albumet: ”This one’s a natural progression from Sacrifice. There’s a bit less rock ’n’ roll and a bit more ’heavy’ on it. We wanted to keep focused on a style rather than moving around too much.

”When I’m writing lyrics I like to switch back and forth between complex things, reality and rock’n’roll. I thought the whole folklore behind The Devil’s Footprint made it great material for a metal song, being that it’s both historic and mythical.

”With Queen of Hearts, I wanted to write something around Lewis Carroll’s Alice In Wonderland, and it’s about the chess game that happens in the story. I wanted it to have prog-feeling in the way of its ambiance and mood. Then you have songs like Destroyer and Hard And Fast which are ’80s-inspired songs with that modern slant on it. I’m a big fan of Marvel comics, and I wanted to write a song around the character Destroyer, and with Hard and Fast, it’s, as the title suggests, about driving fast! I do like to tie the lyric into the song, so if it’s going to be a song about driving fast, well, it has to be a fast, hard song!”

Battering Ram producerades av Andy Sneap (Megadeth, Testament, Exodus, Accept). Byford kommenterar samarbetet: ”Yes, Andy has been in charge of everything with this album, I keep on overview of it all, but he’s done a great job and we’re both pleased with the results. We have a great partnership.