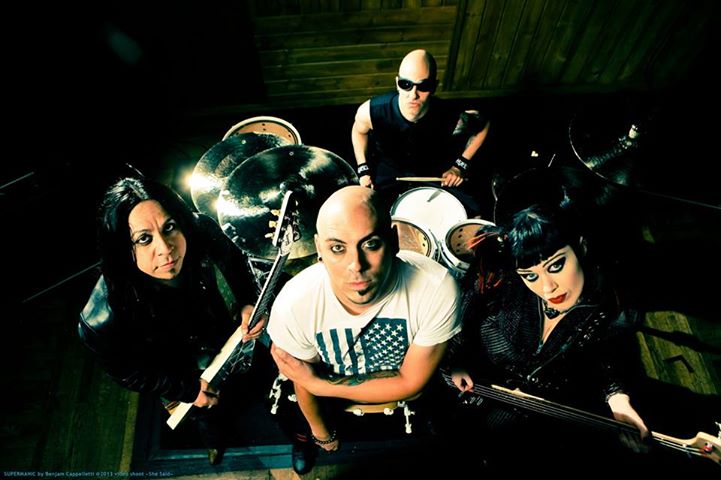 Sin kommenterar hur han och Kal startade Supermanic, ”Kal and I met about a year ago at NAMM. We had a mutual friend that introduced us, over the course of the year we kept in touch and when I got home from the Ministry tour we really started talking about starting this project. We really hit it off and had long talks about what it is we really wanted to accomplish. We were very careful to talk about every detail with each other, even who we wanted in the band. We wanted to make sure that we go the right people involved and not get players who later on we would regret bringing on.

”We went into it wanting to start a rock band. Obviously, I come from the industrial side so it would be inevitable to get some electronics in there, but at the end of the day we wanted to do some of these songs with an acoustic guitar and the song still be very strong.

”We definitely are building the band on delivering strong and heavy rock songs, and though the industrial influences may be there, I didn’t want it to be compared to anything else I have ever done.

”As you know, I am heavily influenced by bands from the ’60s and ’70s and really wanted to draw from those influences, and Kal was really into writing catchy/hooky kind of melodies, so that became the foundation for the band.

”We have a handful of material so far and the ranges of the songs will blow you away.

”Kal has such a great voice and I am not kidding when I say it is one of the best set of vocals I have heard in a long time. You are going to really hear that as well when we start slowly releasing some more material. Kal just has such a strong voice that, to me, he is right up there with some of the cats you hear on the radio.”

SUPERMANIC ”She Said” from Sin Quirin on Vimeo.