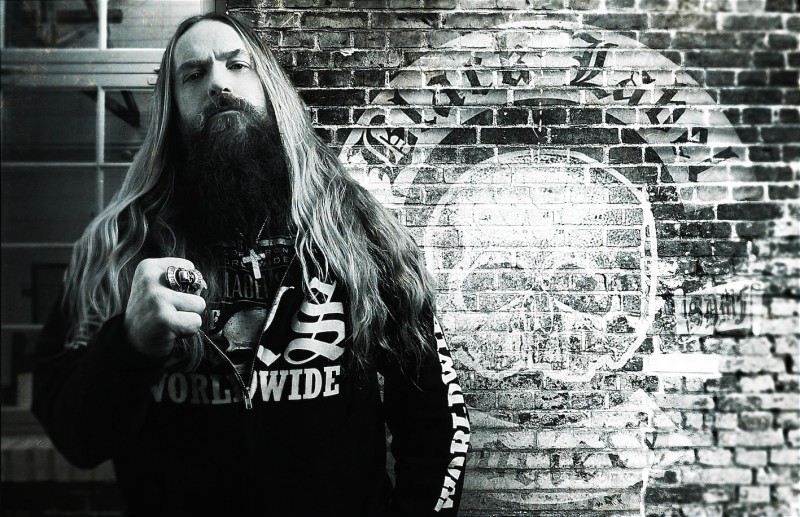 I had the pleasure to talk to the mighty Zakk Wylde from Black Label Society about their new record Catacombs of the Black Vatican, their new guitar player Dario and dancing.

Zakk Wylde: Tudillo, who is this?
Access: Hi Zakk, this is Jonas from Access: Rock calling all the way from Sweden.
Zakk Wylde: Hi Jonas, how are you doing buddy?
Access: I’m fine thanks. How are you? How’s the weather in California?
Zakk Wylde: Ahh, I’m feeling like a hot rocker and right now we’re up in Canada, it’s fourteen below and it’s nice viking weather. We enjoy it.

Access: You’re releasing your new album Catacombs of the Black Vatican on april 8th, what can your fans expect from it?
Zakk Wylde: You can probably expect the finest dance and jazz Black Label album up to date. We can guarantee that you will burn more calories with this album than any other Black Label album (laughter).
Access: So you’re saying it’s just like your other albums?
Zakk Wylde: Well, it’s pretty much like all the others yeah, except it has different song titles (laughter).

Access: Ok, so nine albums. How does it feel to have been rocking for as long as you have?
Zakk Wylde: I thank the good Lord everyday when I wake up, I thank him in the middle of the day and I thank him when I’m going to bed. I’m definitely beyond blessed for sure. You know, I still love touring and some of my friends who are my age come up to me and say, ”Zakk, I can’t stand touring, I wanna be home with my family.” That’s just puzzling to me cause why do you have all those pictures of Jimmy Page, Randy Rhoads, Black Sabbath and all the other guys up on the wall? It’s just a part of what you do. I love touring and I love making records, you know, I get as much joy doing Catacombs of the Black Vatican as I did when I first recorded Miracle Man with Ozzy back in 87-88.

Access: What do you think has evolved the most in the rock/metal scene since you started playing?
Zakk Wylde: There has to be changes otherwise it’s boring, you know what I mean? Otherwise it would still be 1955 and nothing would have evolved from Elvis or Chuck Berry. After those you had The Rolling Stones and The Beatles, then Creem and Jimi Hendrix, then Led Zeppelin and Black Sabbath and then all the amazing stuff throughout the 70s. In the 80s you had the The New Wave of British Heavy Metal with Judas Priest, Iron Maiden and Van Halen. Everything evolves and I just think that’s awesome. Then came the rap metal, the grunge thing and pop rock so it still evolves but as far as for me all I am concern about is what’s going on with Black Label. You know, I still listen to the same stuff as before, like Zeppelin, Sabbath and Neil Young. But I listen to new stuff too cause as a producer I want to hear how well the albums are recorded. I listen to it and at the same time I’m researching it. I mean, you have Avenged Sevenfold out there and their album went number one which is great for the whole hard rock community, God bless them.

Access: Last year it was announced that Nick Catanese was leaving Black Label Society. how did that feel after 15 years of rocking together?
Zakk Wylde: Nick’s been with me for 17 years and he is putting a 1000% into his own thing and we all support him and love him. Just because he’s not playing in the band it doesn’t mean that he’s not a Black Label brother.

Access: How did you end up with Dario Lorina (ex-Lizzy Borden)?
Zakk Wylde: I saw a video of Dario playing a bunch of stuff and there is no denying, he is a monster player so I flew him out to the Black Vatican to meet him. We had him go through a chippendale dance routine because dancing is a huge part of Black Label. His dancing was phenomenal and I asked him if that’s a real tan or a spray tan he’s wearing and he said that it’s a real tan so I hired him cause obviously he’s committed to the project. So, that’s how we knew we had our guy.
Access: So dancing is a criteria to be a member in Black Label Society?
Zakk Wylde: Yes, we are a dancing group so you have to be able to dance. I’m a tap dancer (laughter).
Access: Can we expect any tap dancing during one of your incredible solos in the near future then?
Zakk Wylde: Of course, and juggling chainsaws (laughter).

Access: I suppose there will be a tour to support the album?
Zakk Wylde: Oh yeah, without a doubt. The Black Label armada fires up in April and then we start our wourld tour.
Access: Will we see you in Sweden?
Zakk Wylde: Without a doubt. We’ll be doing Download and then go through Europe.

Access: Thanks for your time Zakk, do you have any last words for your Swedish fans?
Zakk Wylde: Stay strong, keep bleeding Black and we’ll see you guys in a little bit.
Access: Nice talking to you Zakk, hope you’ll have a wonderful day.